Lessons I’ve Learned from the Third Wolf of Brain Injury

Somehow, it’s been almost six years since that fateful day when I shadowed my former supervisor, Jeanne Anderson, and decided I had to be a part of the Brain Injury Alliance of Arizona’s vital work and mission. All this time later, and I’m still striving to connect survivors of acquired brain injuries, their families, and the professionals who work with them with the crucial education, information, resources, and programs to help them on their recovery journeys. It has been a humbling experience to be invited to walk with people during some of their darkest moments, as well as in the sunshine of their successes. 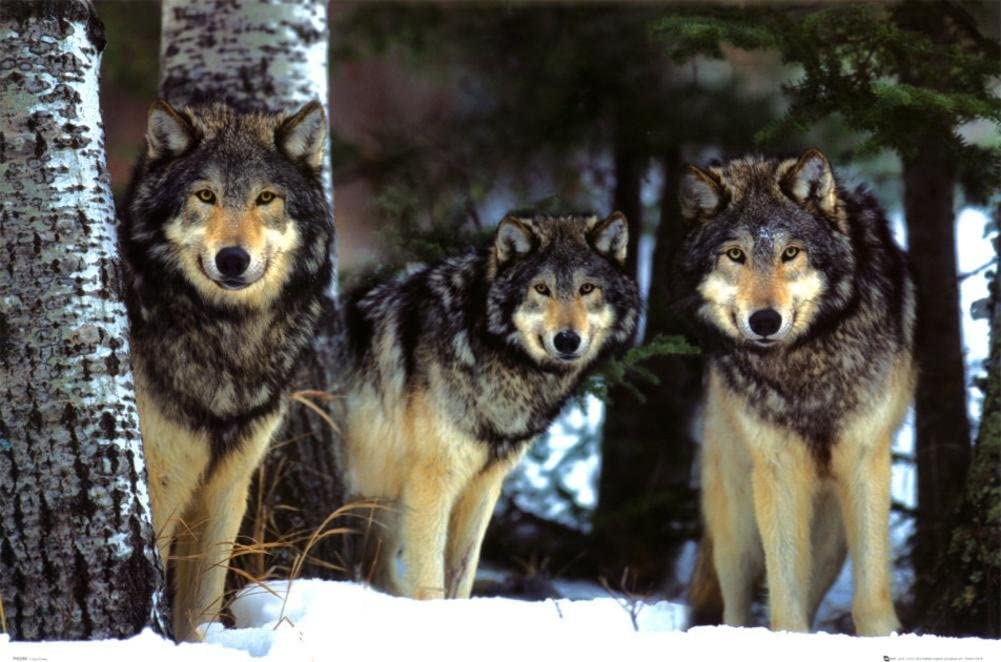 It also occurred to me that after a brain injury, yet another wolf can emerge, neither good nor evil—the Third Wolf, which represents a rebirth of sorts.

Lessons I’ve Learned from the Third Wolf of Brain Injury

Somehow, it’s been almost six years since that fateful day when I shadowed my former supervisor, Jeanne Anderson, and decided I had to be a part of the Brain Injury Alliance of Arizona’s vital work and mission. All this time later, and I’m still striving to connect survivors of acquired brain injuries, their families, and the professionals who work with them with the crucial education, information, resources, and programs to help them on their recovery journeys. It has been a humbling experience to be invited to walk with people during some of their darkest moments, as well as in the sunshine of their successes.

It also occurred to me that after a brain injury, yet another wolf can emerge, neither good nor evil—the Third Wolf, which represents a rebirth of sorts.

Even before I crossed paths with the Brain Injury Alliance, brain injury had already touched my life in ways I never would have imagined. I was working in the Dominican Republic in 2013 when I received the news that my grandfather had had a stroke. I had no idea what that meant. I was 25 at the time, and to my knowledge, hadn’t known anyone who’d had a stroke before. My mom emailed me to explain things would be a bit different, trying to prepare me for what to expect when I saw him again, but there’s no teacher quite like personal experience.

My circumstances at the time made it so I couldn’t leave the Dominican Republic right away, so the next time I saw my grandfather, or “Pops,” as I call him, was in early 2014. Gone was the goofy guy who relished beating me at board games, taking me out for Jack in the Box tacos, and going on family camping trips by the beach. In his place was someone who was much quieter, averse to loud noises, and whose aphasia made it three times as hard for him to understand what we were telling him or for him to express what he wanted to tell us.

Since my Pop’s first stroke, (his second one occurred two weeks before my wedding in 2018), I have met and spoken to thousands of amazing brain injury survivors, as well as their dedicated family caregivers. I’ve been fascinated to observe that while I never, EVER hear the same story twice, all the stories are the same in that every single person is fighting like hell for their lives, and what’s more, they’re doing it under a cloak of invisibility, as brain injury is still not yet a well-known issue in the general public consciousness.

Too often survivors of brain injury are categorized into neat little boxes, when brain injury is anything but tidy. It reminds me of why I hate sayings like, “There are two kinds of people in the world,” followed by some overly simplistic comparison.

One exception to this rule is the story that’s commonly attributed to either the Cherokee or Lenape tribes called, “The Two Wolves.” If you haven’t heard the story, it basically goes like this:

A young boy goes to his Grandfather, angry at another boy who’d wronged him, and in turn, the Grandfather tells him:

“I too, have felt a great hate for those that have taken so much, with no sorrow for what they do. But hate is like taking poison and wishing your enemy would die. It is as if there are two wolves battling inside me; one is good and does no harm. He lives in harmony with all around him. But the other wolf is full of anger. The littlest thing will set him into a fit of temper. He fights everyone, all the time, for no reason. He cannot think because his anger and hate are so great. Sometimes it is hard to live with these two wolves inside me, because both try to dominate my spirit.”

So, the boy thinks about this for a minute, then asks, “Which wolf wins?” And the Grandfather replies, “The one that you feed.”

I’ve loved this story as long as I can remember because it is a brilliant depiction of the potential for both good and evil inside all of us. But it also occurred to me that after a brain injury, yet another wolf can emerge, neither good nor evil—the Third Wolf, which represents a rebirth of sorts. The Third Wolf often times finds itself needing to relearn how to be a wolf again. Another name for the Third Wolf could easily be the lone wolf, since brain injury is often an isolating experience where the survivor “wolf” may struggle to reconnect with its pack. If the Third Wolf was once a mighty hunter, or a great leader, or simply a proud pack member, who are they now when they can’t necessarily think, act, behave, or contribute as they once did? The Third Wolf brings with it more questions than answers.

And unlike the so-called “good” and “evil” wolves, which have easily identifiable traits, the Third Wolf has many faces; in fact, from the outside, you may not know you were looking at the Third Wolf at all. They probably “look fine.”

So then, what to make of these wolves walking among us carrying invisible wounds? While their journeys are often incredible, they certainly don’t exist to serve as an idealized inspiration to the rest of us. That being said, there are many valuable lessons I’ve learned from working with the Third Wolf of Brain Injury:

1 ) To be truly heard and understood is divine—

I can’t count the number of people I’ve spoken to who have said something along the lines of, “Thank you for not rushing me off the phone; it’s just so comforting to talk to someone who GETS IT!” The Third Wolf, or those who care for one, don’t usually need tired diatribes or judgement, but having someone who can empathize with them when their whole world has been turned upside down, who will slow down and repeat information multiple times, and who is willing to just simply be there—that is a gift that has no price.

I’m not a gambling gal, but I will 100% bet against you every time if you think telling a brain injury survivor that they “look fine” will be taken as a compliment. It’s not, and probably never will be. When the injury is to your brain, and the brain is INSIDE our heads, out of view, there is no way to know how someone is actually doing or functioning simply by looking at them. Yes, even if they’re smiling and seem happy; you never really know what’s behind that smile or behind the scenes. Instead, try asking, “How are you doing? Seriously, how are you really doing? And what can I do to help if you need it?” Actions are ALWAYS worth more than assumptions.

3 ) The right support at the right time is crucial—

At the Brain Injury Alliance, we never have a discharge date for the people we work with… because what one survivor or caregiver needs immediately post-injury is going to look VERY different than what they might needs weeks, months, or years down the road. Getting connected with a specialist, therapist, social security disability attorney, etc. who really understands the effects of brain injury, can be the difference between getting access to critical care and services, or falling through the cracks of willing but imperfect systems.

4 ) Finding your pack is part of the healing process—

While the lone wolf is portrayed as being cool and doing its own thing, in real life, humans are pack animals, and we thrive on social interaction. This is true of Third Wolves as well. I’ve talked to survivors who lost friends after their brain injury, and ended up sitting on the couch every day watching game shows. While self-isolation can be part of the initial healing process, it is not a healthy state to remain in indefinitely. Fortunately, there are a variety of ways to connect with other Third Wolves or caregivers in this day in age, such as support groups, brain injury conferences, virtual get-togethers, and a whole lot more. If you need a place to start, contact us—it’s what we’re here for!

5) Self-care is NOT optional—

If I’ve learned anything in my line of work, it’s that if you don’t make the time to care for your mind, body, and spirt, they will force you to make the time. This goes for everyone, but I think it’s of the utmost importance for brain injury survivors and caregivers alike. And self-care goes beyond a nice bubble bath or eating a favorite snack—it’s about finding the well with the water that fills you, and drinking deeply. Everyone needs the freedom to create and contribute in the way that sets fire to the soul. We are no good for others when we aren’t good to ourselves. So, treating yourself well isn’t an “if-I-get-to-it type of luxury—it’s a true, life-replenishing necessity.

There are millions of Third Wolves among us (approximately 5.3 million in the U.S. alone, in fact), and they have much to teach us, if we’re willing to pay attention. Or as my Pops likes to say, “If your ears are open and your mouth is closed, you might just learn a thing or two.” 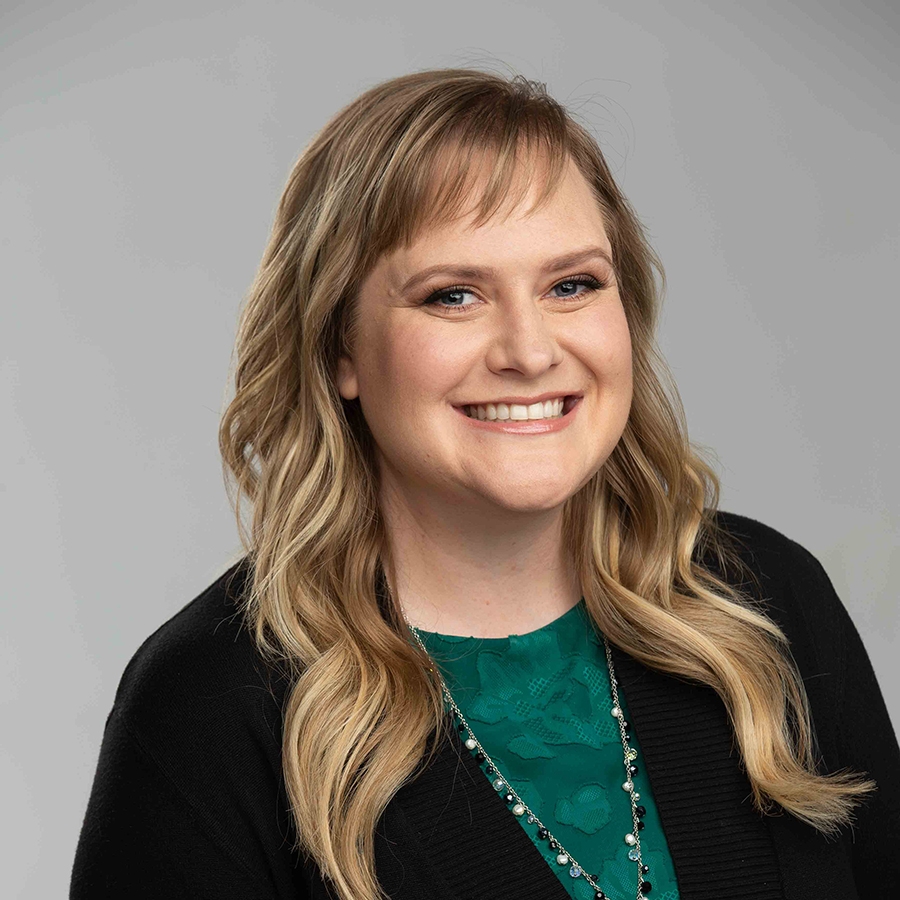