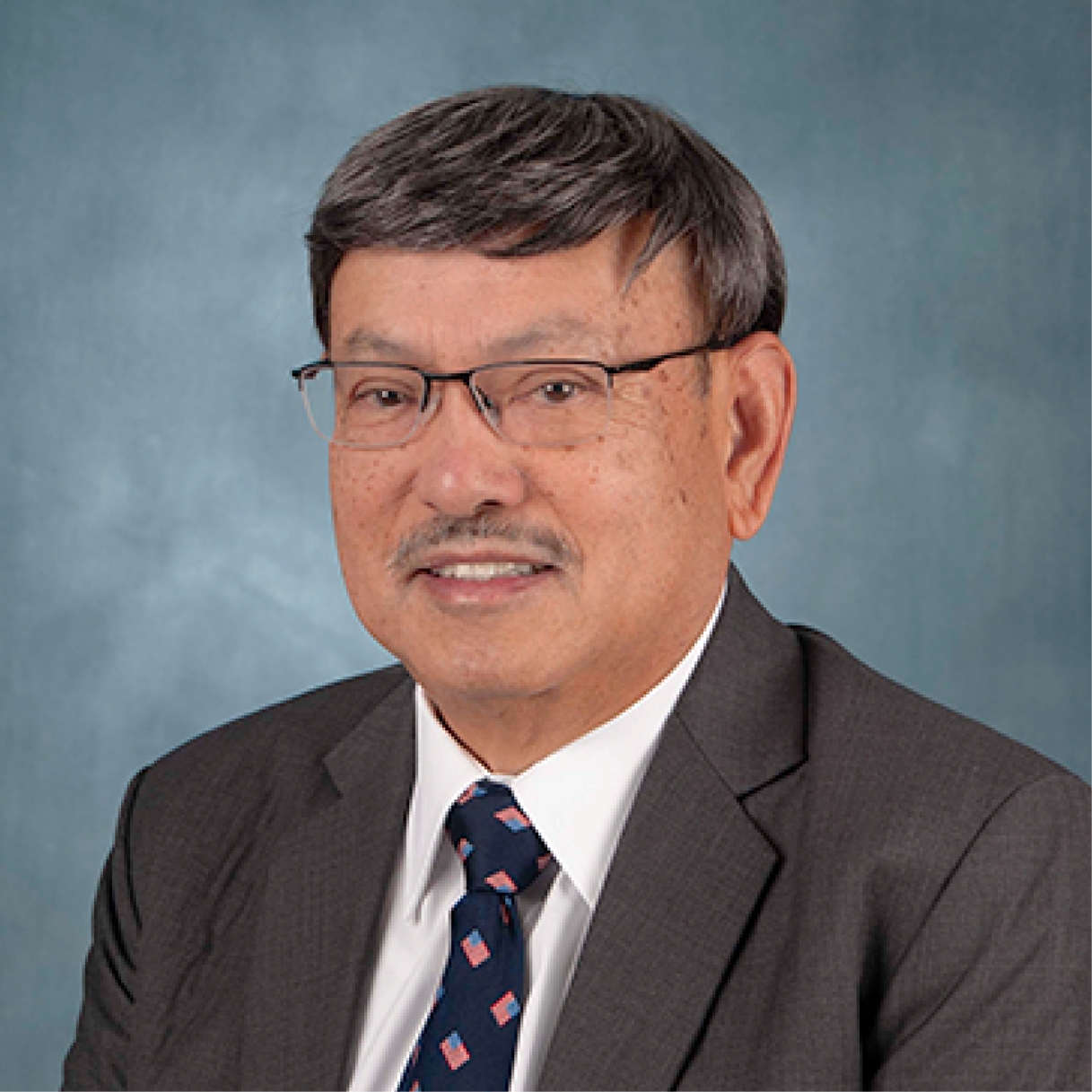 “I have a strong faith and I know I am here for a purpose,” Dr. Reyes says. “We often wonder, ‘what is the meaning of life?’ It is to have a life with meaning.”

“They call me Dr. Frankenstein,” says Dr. Patricio Reyes, who quickly and eagerly admits that he has developed a Brain Bank. He’s a bit vague on the description, even when pressed, but it’s clear that it’s something essential in the neurology field. “It’s really my passion, even in medical school, I wanted to see how the aging process goes. But [in school] the brain was [a mystery] to me. We weren’t exposed to it much and I probably saw a brain twice. They tell you there are plaques and tangles, but you don’t see it. So I said, I am going to go examine the brain and touch it.”

So, the Brain Bank has afforded him that opportunity. A pioneer of the rapid brain autopsy system, Reyes explains that for hundreds of years, brains were removed after death and placed in a fixative such as formaldehyde to make the brain firm and solid for cutting and examining. Though convenient for preserving, this method prevented scientists from being able to gather the chemicals, cells, receptors, and proteins they needed to study brains, as they were lost to decay. A Brain Bank lets scientists recover brain and cerebral spinal fluid in recently deceased bodies to learn more about the aging process.

Born and raised in Bulusan, Philippines, a small mountainous town south of Manila, Reyes came from an influential political family. His uncle was even a framer of the Philippine constitution. Having experienced the dark side of politics during the Marcos regime, and how politics tore his extended family apart, Reyes knew he wanted to do something different. “I have a strong faith and I know I am here for a purpose,” he says. “We often wonder, ‘what is the meaning of life?’ It is to have a life with meaning.”

“I have a strong faith and I know I am here for a purpose,” Dr. Reyes says. “We often wonder, ‘what is the meaning of life?’ It is to have a life with meaning.”

One of 13 children, Reyes was the youngest of his brothers and second youngest overall. He suffered medical issues at birth and his father died when he was just three. Reyes’ mother made sure all 13 children, including three she adopted, earned college degrees. Reyes graduated from the University of the Philippines where he did his residency in internal medicine, and came to the United States in 1977 to train at the University of Kentucky.

His first job was as the acting chief of neurology at the VA hospital in San Antonio and was a member of the teaching faculty in the largest Air Force hospital training program in neurology at the University of Texas at San Antonio. He also established a dedicated clinic exclusively for Alzheimer’s patients. After two years, he moved to Philadelphia, where he spent 18 years at Jefferson Medical College and became a professor of neurology and neuropathology. “I remove brains; I cut brains,” says Reyes.

But his time in Philadelphia wasn’t purely teaching. He began his work in rapid brain autopsy system there, as well as created a dedicated clinic for Alzheimer’s patients and those with other degenerative diseases of the brain. “I even did TV shows in Philly,” he says. “I would [explain] what the brain in Alzheimer’s disease looks like, in Parkinson’s, in patients with brain tumors and traumatic brain injuries. I’ve given conferences in the classroom, in auditoriums, and on television.”

In 1986, Reyes and his colleagues began doing research on Cognex, which in 1993 became the first drug for Alzheimer’s disease ever approved by the FDA. The formula was improved by a Japanese counterpart in 1996 with Aricep, which had fewer side effects, and cornered the market. So Reyes and his team began working on a second medication, known as Exelon, which is designed to replenish acetylcholine, the neurotransmitter deficient in Alzeheimer’s patients’ brains. But because all these drugs result in diarrhea, abdominal pain, and can even cause ulcers, Reyes’ team developed a skin patch, which was approved in 2007.

Word of Reyes’ pioneering skills and successes spread through the neurology community, including Barrow Neurological Institute at St. Joseph’s Hospital and Medical Center in Phoenix, who recruited him in 2005 when Reyes caught the attention of Louise Solheim, whose husband Karsten Solheim, founder of Ping golf clubs, had died of Parkinson’s disease. In an introductory lunch with Mrs. Solheim and Barrow, Reyes remembers Solheim asking her assistant to write a check for half a million dollars to Barrow Neurological, and knowingly telling Reyes, “If you sign the contract, this is just the beginning.” Ultimately, Solheim gave a total $1.5 million to Barrow and St. Joseph, and Reyes was named the Karsten Solheim Professor of Dementia and Research, staying with the institute for five years.

Reyes counts Dr. David B. Clark, his mentor at the University of Kentucky, among his greatest influences. Clark saw greatness in Reyes, the only Asian-American of the group, and chose him to be the chief resident, causing backlash among the fellow residents. When Reyes approached Clark about the issue, “He told me, ‘If you can’t take the heat, Pat, the door is open.’ It made me a stronger person. Adversity creates your personality,” said Reyes.

Chess is Reyes’ chosen pastime and has been playing since elementary school. “The problem is, I never read a book [about chess]; I’m self-taught. I even took part in tournaments in medical school and no one could beat me. Life is like chess and I have a rule: if I can predict your next five moves, I’m going to beat you.” The metaphor served him well in medical school, where he noticed there was significant work being done for children and adults, but much less focus on elder care. “That’s when I predicted we would have a problem with taking care of the older adults. For many years, I would begin my talks with a slide that read, ‘Aging begins in the womb and ends in the tomb.’ Because once the egg is fertilized and the embryo is formed, the aging changes begin.”

He advises learning about preventive measures to avoid disease as we age. “Don’t expect to be healthy if you didn’t take care of yourself in your early years,” he cautions. He emphasizes early life experiences as a way to form positive habits. “Parents should make sure that children learn good [behaviors] in the first three to five years of life because the rest is repetition of that experience.”

Reyes shares his favorite fact about the brain is that though it is a malleable structure, “Whoever made us made sure that the brain is the most protected organ in the body. There are layers of protection: the hair, the scalp, the thickest bone in the body is the skull – we have to use a saw in autopsy – and you have different types of covering of the brain to make sure that it is not hurt by common objects or pressure.” He also shares interestingly that the brain is the only organ in the body with blood vessels that are completely sealed, allowing for proper brain function while protecting against toxins.

He emphasizes the importance of being part of the community that you serve and to remember those who are not as fortunate.

“I’m a country boy,” says Reyes. “I’ve always believed that I didn’t go into medicine to make a lot of money. That’s why medicine is the most honorable profession if you practice it right. I am biased, but what other profession is there where a patient comes to you and says ‘here is my life, I will follow your advice.’ I’ve moved and patients have followed me from Italy, Israel, South America. If you work hard and dedicate yourself, things will work out very well.”

Currently the chief of neurology at the Carl T. Hayden VA Healthcare System in Phoenix, Reyes and a founding member of the Brain Health Advisory Council at the  Brain Injury Alliance of Arizona, is involved with studying the neurological complications of COVID-19.