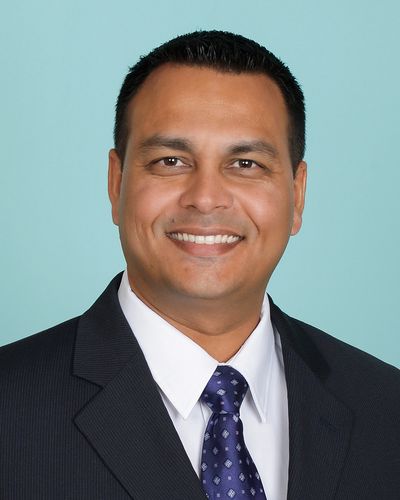 Dr. Dara Rampersad, 46, is a licensed psychologist who specializes in first-responder crisis intervention in his Phoenix-based practice BluePaz and leads conversations for both first responders and family members in online events organized by BIAAZ.

It’s easy to wonder, in today’s political climate and with a global pandemic raging, if our country’s first responders are receiving the emotional support they need to do their jobs effectively and return home safely after each shift. With the recent shift in scrutiny and criticism, police officers, especially, deal with added stresses in training and in the field that can affect their emotional well-being.

Dr. Dara Rampersad, 46, is a licensed psychologist who specializes in first-responder crisis intervention in his Phoenix-based practice BluePaz and leads conversations for both first responders and family members in online events organized by BIAAZ. In March, the discussions began with discussing how COVID-19 affects the first responders’ work in the community, and more recently, the groups have been tackling the stresses the first responders and their loved ones face due to increased societal expectations.

“For me, working with the primary emergency responder is still taking care of the [mental-health] client in the field; I am just one step removed,” says Rampersad. “I work with those who respond, hoping to take care of them so that way they can treat and interact and have better outcomes with those clients, to include those with brain injuries and other brain health issues.”

“My goal is to make sure they are taken care of emotionally and mentally and are well during this period of time because there is a lot of community backlash. I need to take care of them so they don’t die by suicide or quit their jobs by alarming rates. Officers are second-guessing themselves and that can cause death; they can die on the job because of hesitancy or complacency. They need to rely on their training so they return home to their families safely.”

Dr. Dara Rampersad, 46, is a licensed psychologist who specializes in first-responder crisis intervention in his Phoenix-based practice BluePaz and leads conversations for both first responders and family members in online events organized by BIAAZ.

Word of mouth among first responders leads most of Rampersad’s clients to find him. He has built a reputation among local and state law enforcement agencies by making sure that he does “quality, ethical work that is confidential.” He jokingly says he is “that guy” when officers ask around, once realizing that they need someone to talk to. With a limit on his time, he understandably makes sure he is available primarily for those in the field, but is happy to occasionally be able to extend his resources to families through events put on by organizations like the Brain Injury Alliance of Arizona.

“Before COVID, I was able to take on 10- or 12-hour shifts on firetrucks or in squad cars,” says Rampersad. “I had never really considered the inherent risk associated with me taking part, but about two years ago the officers pitched in and bought me a bulletproof vest, and that was really, really sweet.” He says that he once asked an officer if he ever thought about the fact that anybody who pulls up alongside could open fire, and the officer explained that he chose not to think about it, and preferred not to live his life in fear, as a matter of resiliency. “Riding on firetrucks is a lot of fun,” adds Rampersad, “because you can ride way high up.”

When Rampersad visits organizations to speak about community mental health, he often shares an image of his seven-year-old daughter. “I train people how to respond to those in mental health crisis and I say: ‘This is my child, but it could be anybody’s child and really it is our community’s child.’ Because we need to treat everybody like they are somebody’s child that we care about.”

The Toronto native was raised in the Caribbean nation of Trinidad and Tobago, but returned to Canada at 17, and attended the University of Western Ontario for his undergraduate degree. He moved to Michigan for his master’s program before starting his PhD in psychology at Georgia State University in Atlanta, where he met his wife, Tava, who is now a pediatric health psychologist.

Arriving in Atlanta to study criminal psychology, Rampersad realized there were no formal avenues for forensic psychology studies, so he took it upon himself to create the program he needed by cold-calling companies working with forensic patients and asking for an internship, ultimately pioneering a course of practical study for students to follow in his footsteps. He was also able to take his first steps into working in a prison setting, where he began to notice that how the corrections officers are feeling and what emotions they bring to the facility on a daily basis affects how the inmates will respond in terms of behavior, which highlighted to him the need for a system of healthcare for the officers as well as the inmates.

He was able to gain experience in the sequential intercept model, a 5-step plan that focuses on how to divert people from the criminal justice system who simply needed mental health or substance abuse treatment as opposed to being incarcerated. This gave Rampersad a more holistic view of the process, from the community, mental health, and criminal justice angles, including the arrest and release, before graduating from Georgia State in 2008.

After practical learning experiences in Napa County, Orange County, and Denver, Colorado, Rampersad and his wife moved to Hawaii just before the economic crash in late 2008. Arriving on Maui, a county of fewer than 150,000 people in the most geographically isolated landmass in the world, Rampersad noticed that resources were tight in trying to help assist people with legal issues, especially those with mental-health needs. “ I helped Maui build a system based on something I stumbled upon when I lived in Colorado called CIT: Crisis Intervention Teams. It’s a law-enforcement based program, but it’s also a community-based program to assist people living in crisis with mental illness and/or substance abuse crisis to be able to help them proactively, so they do not get caught up in the criminal-justice system unnecessarily.

“Maui Police Department thought it was a good idea, so I put in for a grant for a group of us to be trained at Memphis PD, where CIT was started, with the local cadre. Even though I am a psychologist, it was amazing to hear their perspective on how to de-escalate people in crisis using this model.”

By 2013, the Maui PD launched the first CIT program in the State of Hawaii, and now every county in Hawaii has someone who is CIT-trained. The result is that people in Hawaii no longer have to pick up criminal charges in order to get help, and due to his hard work and dedication to that end, Rampersad was selected to be a member of the CIT International Board.

International accolades haven’t taken Rampersad away from his passion for training and helping the community. “As an immigrant and now a citizen of the United States, it’s a form of patriotism to have the opportunity to serve,” he says. “I don’t have the courage to be a police officer and see dismembered bodies. I don’t want to be on an EMS function and see blood. I don’t want to be claustrophobic having to fight fires. I don’t have that kind of bravery. But I have always thought that my ability to serve lies in my ability to communicate with people and be able to listen and help them share their burden.”

Rampersad, who arrived in Phoenix from Maui in 2014, says his intangible rewards have come in the way of praise, opportunity, and family support simply by doing for others and not expecting anything back. And he has lived by a motto imparted to him by his friend Ron Babayan, a retired probation officer on Maui, who once told him, “Do as much as you can for as many as you can for as long as you can.”

He encourages practicing flexibility as a way of self-care, and to accept change in order to help reduce stress. “The power and control you try to exert over a situation may not work in your favor,” he says. “Then you feel a perceived lack of power and control, which makes you even angrier, and you start to do things that are not productive to try and compensate for not having power and control and that could include drinking, and other things that cause detriments to the family unit.”

To effectively help those navigating difficult paths, Rampersad recognizes that he must also proactively take care of himself. He says he tries to have a good sense of humor, maintain an attitude of appreciation, and spend time playing the guitar and other instruments. He also acknowledges that helping others need not mean owning their hardships personally, and he makes sure to discuss difficult issues with his wife.

Rampersad says he is currently focusing his use of cognitive behavioral therapy (CBT) to help research and identify the trend of officers who purposely die by suicide at the hands of civilians. He explains that there are people who want to die, but choose not to by classic suicide, otherwise their families wouldn’t get their benefits. So they try to “accidentally die” at a traffic stop or by doing something high-risk that brings death upon themselves in a way that looks like an accident but is actually a suicide. His preferred method of CBT may be an effective way to help some officers reclaim their lives.

“I’m a regular guy who just happens to do psychology for a living,” says Rampersad. “I find myself in a privileged position of being able to help people. I try to make sure that people see this as a worthy endeavor to help first responders, and to realize that even in their call to service, it is still what they do and not who they are. I love what I do.”